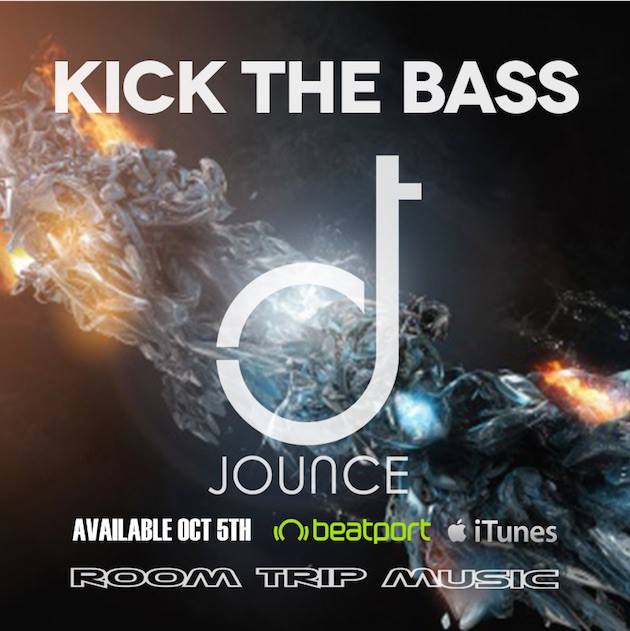 West Coast DJ and producer Jounce is back in action this fall with a brand new EP titled“Kick The Bass,” OUT NOW on all digital retail stores via Hammarica Records. Along with the release of “Kick The Bass,”Jounce has also created a parody video poking fun at modern DJ culture. When asked about why he created the video, Jounce says “I could try to explain, but perhaps a video is more telling. By the way, I really did get slapped. All the action is shamefully real. Don’t worry if you cry. I did.”

Jounce’s 3 track EP explores the darker side of deep electro, bass-driven melodies, thumping beats and rhythmic riffs. With party igniters “Time To Get Blown,” “Go Now,” and “Kick The Bass,” Jounce delivers pulsating and sexy big room house that will leave listeners moving and shaking not just on the dance floor, but at the office, the gym, and everywhere in between.

ABOUT JOUNCE
Self-named after a physics term, Jounce has always had a passion for music since a young age. He was fortunate enough to have music programs in his public schools, and considered himself a band geek and was also in a rock band growing up. After a chance opportunity seven years ago from a friend to learn the art of DJ’ing and transition into resident nightclub DJ, Jounce realized his deep appreciation for electronic music and dove full steam into producing and performing.Jounce is based in Los Angeles, California and has toured internationally including Ibiza, Las Vegas, Miami, Costa Rica, Seoul, Tokyo, Hong Kong, and throughout Asia. His music has played on KALX 90.7 FM (Berkeley), KDVS 90.3 FM (UC Davis), as well as on internet radio alongside influences such as Swedish House Mafia, Calvin Harris, Showtek, Tiesto and Hardwell.CONNECT WITH JOUNCE
Facebook: facebook.com/djJounce
Twitter: twitter.com/djJounce
Soundcloud: soundcloud.com/djJounce
Instagram: instagram.com/djJounceFor more information on Jounce or to request an interview, please contact Crystal Arreola-Garcia at crystal@theory-x.com.

Ihouse promotes “Nobody Knows” Featuring the wonderful Christina Novelli. You can read the write up below or click here which also includes the song for your listening pleasure and websites to buy the track. Thank you for your support. A real DJ should be about as intimidated by Sync functionality as a lyricist by an electronic rhyming dictionary, a singer by auto-tune, or a banker by an ATM.

When two major talents across the world from each other decide to work on a collaborative effort, it’s always interesting to see how it pans out. In the case of DJ JOUNCE (LA) and CHRISTINA NOVELLI (UK), the result is telling. ‘NOBODY KNOWS’ is a song everyone should come to know. The punchy big room house production by DJ Jounce is the perfect complement to Novelli’s voice. Novelli, of course whom we all know as the featured vocalist on ‘CONCRETE ANGEL’ with GARETH EMERY – the breakthrough collaboration currently nears 25 million YouTube views.

DJ Jounce in his own right has seen big success as well; such as with his remix of STEVE AOKI’S ‘DELIRIOUS’ (watch it here!). His track ‘TIME TO GET BLOWN’ is another example that will do really well at the festivals this Summer. As he frequents hot spots such as Asia, Ibiza and Vegas to perform, he has a serious focus on his production work, and it shows.

DJ JOUNCE: “Christina is based in England so she tracked all of the vocals there as I worked on all the instrumentation at my studio in Los Angeles. It took a little while for it to all come together but I think we’re delighted with the result. I really want people to be inspired when they hear it.

The meaning of Nobody Knows is open to some interpretation by the listener. To me, it’s about having a relationship with someone without needing it to be broadcast to the world to make it better. In the end, all that matters is your connection with that certain someone – a connection to enjoy privately. There’s no need for validation from anyone but each other.

In today’s world where everything is so open and often subject to criticism under the microscope of social media, I think it’s okay to be somewhat private with someone you love. Whether your partner is a guy or girl or even an alien, who cares? Enjoy life. Be free. Free with what you love to do.”

Before DJ Jounce went full force into the electronic music scene, he was a band nerd and in a rock band himself. Being in bands was great, but sometimes the focus was more on making the group work vs. making music. When Jounce switched to electronic music, he felt it to be great to be able to orchestrate various instruments and not worry about group dynamics.

DJ Jounce: “I’m not a control freak, I just love all aspects of the song! But honestly, the transition from real instruments to electronic has been humbling as it’s a completely different animal. The amount of stuff you can do with electronic music is practically limitless”
He also has some firm opinions on the club/festival scene. And definitely not a fan of sync functionality on DJ gear. He finds beat matching a replaceable skill and not an art form… Mixing is the DJ’s art.

DJ Jounce: “If all you do is press play, then well, that’s all you really do. There are some awesome DJ’s out there and some awesome producers who are so-so DJ’s … but evolution happens and technology has helped displace the plain vanilla DJ. A real DJ should be about as intimidated by Sync functionality as a lyricist by an electronic rhyming dictionary, a singer by auto-tune, or a banker by an ATM. Technology has always been disruptive but real talent used on top of it will always trump technology alone.”

Masterbeaters are amazing individuals, incredible musicians and serious Crowd Killers so it was an honor to have “Nobody Knows” featuring Christina Novelli featured on their website. Read about the sweetest thing a fan has ever done for him and more here. Thank you Hammarica for the interview! It’s always nice when your music is heard and loved in different parts of the world. radioEttlingen from Germany did a nice little write up for Jounce new tracks “Go Now” and “Kick The Bass.” They also included a special shout out for “Nobody Knows” which features Christina Novelli. Thank you radioEttlingen for promoting Jounce’s music! 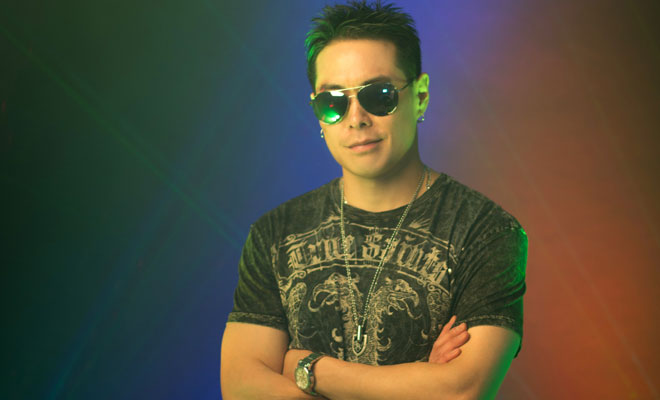 Jounce had a lot of fun doing an interview for Electro Wow. Electro Wow is an electic music blog that provides music services and focuses on all sub-genres of EDM. If you’re looking for some new music and quality reviews then Electro Wow is the blog to check out. 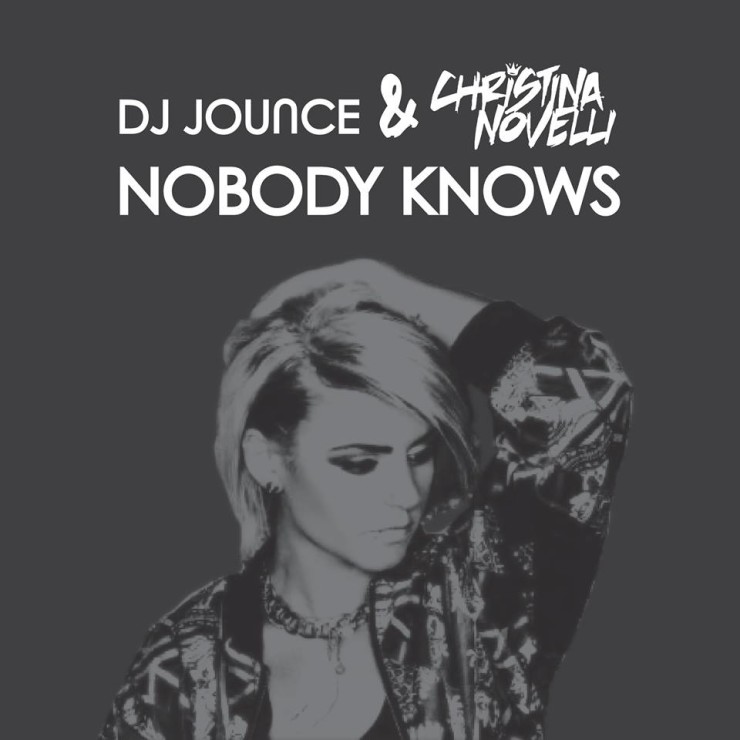 Legendary PR company Hammarica did a fantastic job on this press release regarding Jounce’s collaboration with Christina Novelli “Nobody Knows.” To learn more about Jounce and what the song means, click here. 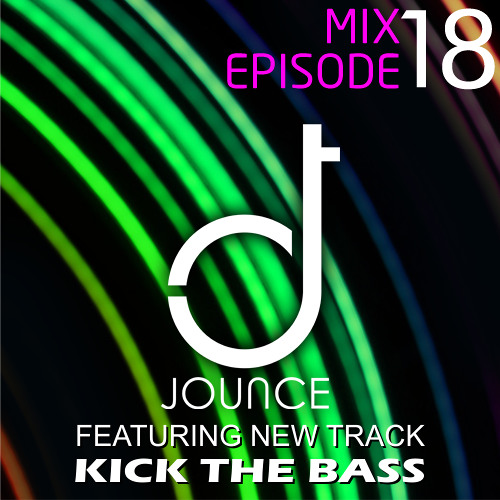 New mix and new original track. Jounce is working hard to put out an original track every month! “Kick The Bass” is a heavy electro house song that will get your body moving.

Comments or questions are welcome.